A school is planning a field trip to the aquarium or to the zoo for students in grades 6 through 9. There are 100 students in each grade level and every student was asked which place he or she would prefer to visit. The bar graphs for the four grade levels are shown below. 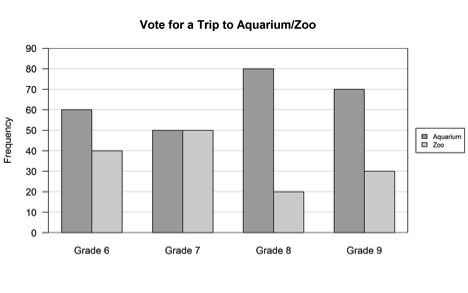 In which grade level were the responses most consistent?

The correct answer to this item is option C. Only 21% of students chose the correct answer to this item. The item asks students to identify the grade level for which the responses to the survey question were the most consistent. A high level of consistency means that a large number of the students responded to the survey question the same way. In Grade 8, 80 out of 100 students chose the aquarium over the zoo, which is a higher percentage of students than selected either of the two trips in the othergrade levels. Thus, Grade 8 had the most consistent responses because a relatively large number of the students chose the same trip, while the other grades were more divided in their choices.

This item tests the ability to read bar graphs and compare the consistency of responses in different groups. The most popular choice on this item was option B. In Grade 7, exactly half of the survey respondents chose the zoo and half chose the aquarium. Therefore, the heights of the bars are exactly the same in the bar graph. While the heights of the bars are consistent, this grade level represents the least consistent responses from the survey since the students are divided evenly and there is no consensus among seventh-graders about which trip to take.

For numerical data, the spread of a distribution can be summarized by measures of variability like the interquartile range, mean absolute deviation, or standard deviation. These measures are not appropriate for categorical data, but it is still useful to describe the variability of categorical data in terms of consistency or variability, as illustrated in this item: In Grade 8, the responses were the most consistent; in Grade 7 the responses were the most variable. 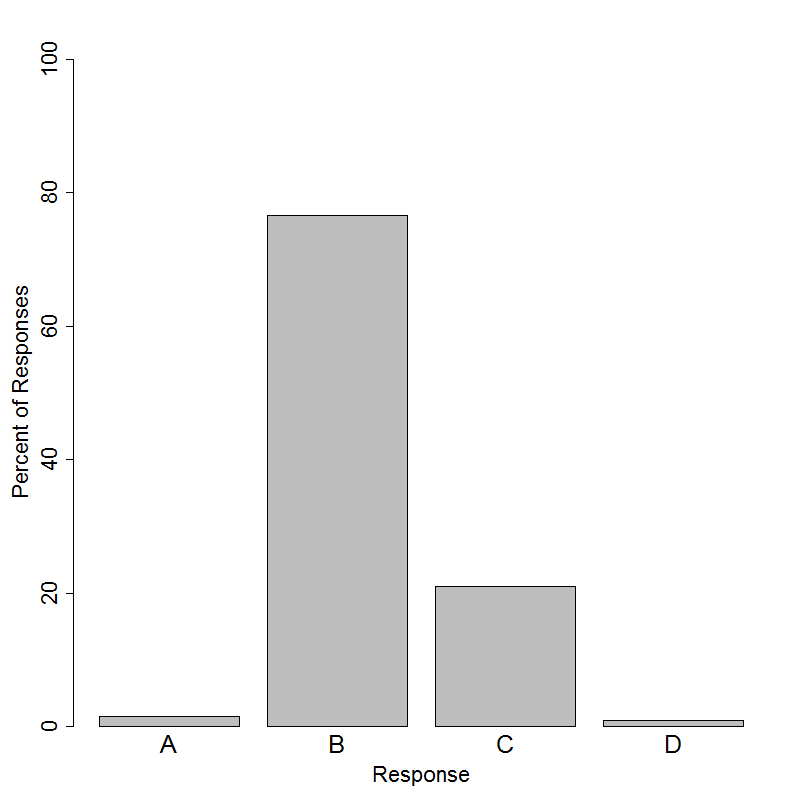