Last year, a college baseball team played about half of the games at its home stadium and the rest away from home. The results of all of the games are recorded in the two-way table below.

8.SP.4: Understand that patterns of association can also be seen in bivariate categorical data by displaying frequencies and relative frequencies in a two-way table. Construct and interpret a two-way table summarizing data on two categorical variables collected from the same subjects. Use relative frequencies calculated for rows or columns to describe possible association between the two variables. For example, collect data from students in your class on whether or not they have a curfew on school nights and whether or not they have assigned chores at home. Is there evidence that those who have a curfew also tend to have chores?

S-ID.5: Summarize categorical data for two categories in two-way frequency tables. Interpret relative frequencies in the context of the data (including joint, marginal, and conditional relative frequencies). Recognize possible associations and trends in the data.

S-CP.4: Construct and interpret two-way frequency tables of data when two categories are associated with each object being classified. Use the two-way table as a sample space to decide if events are independent and to approximate conditional probabilities. For example, collect data from a random sample of students in your school on their favorite subject among math, science, and English. Estimate the probability that a randomly selected student from your school will favor science given that the student is in tenth grade. Do the same for other subjects and compare the results.

Option (B) provides the proportion of all of last year’s games in which the team both played at home and won. Although this was the most frequent outcome, it is not appropriate evidence of a home field advantage, because it cannot be fairly compared to other possible outcomes. The number of home games is larger than the number of away games, and the number of wins is larger than the number of losses, so we would expect for there to be many wins at home even without a home field advantage. The most popular incorrect answer, Option (C), points out that the team won 61% of the games and played at home for 52% of the games. 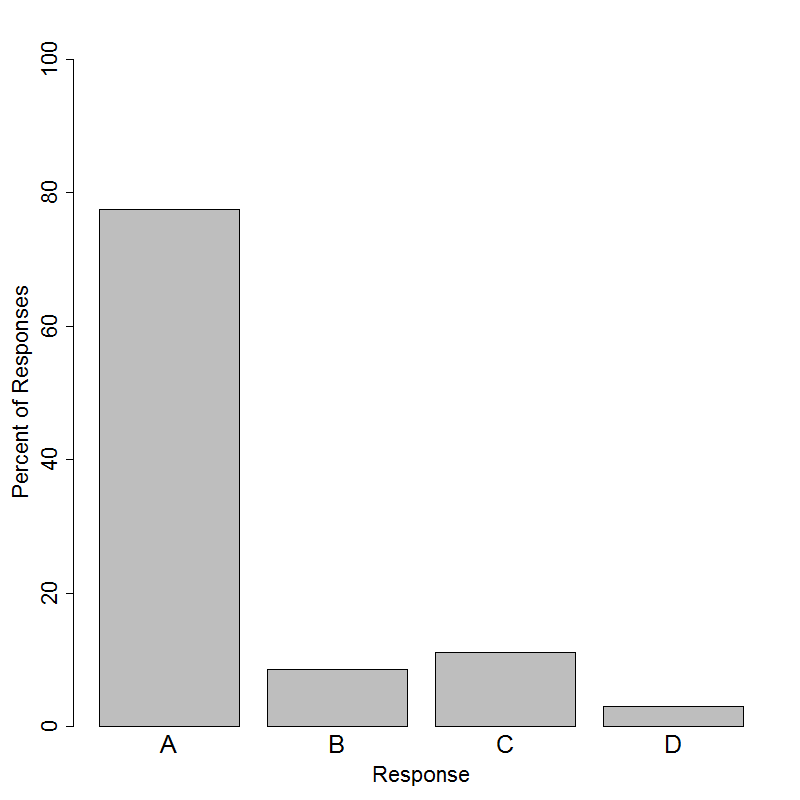